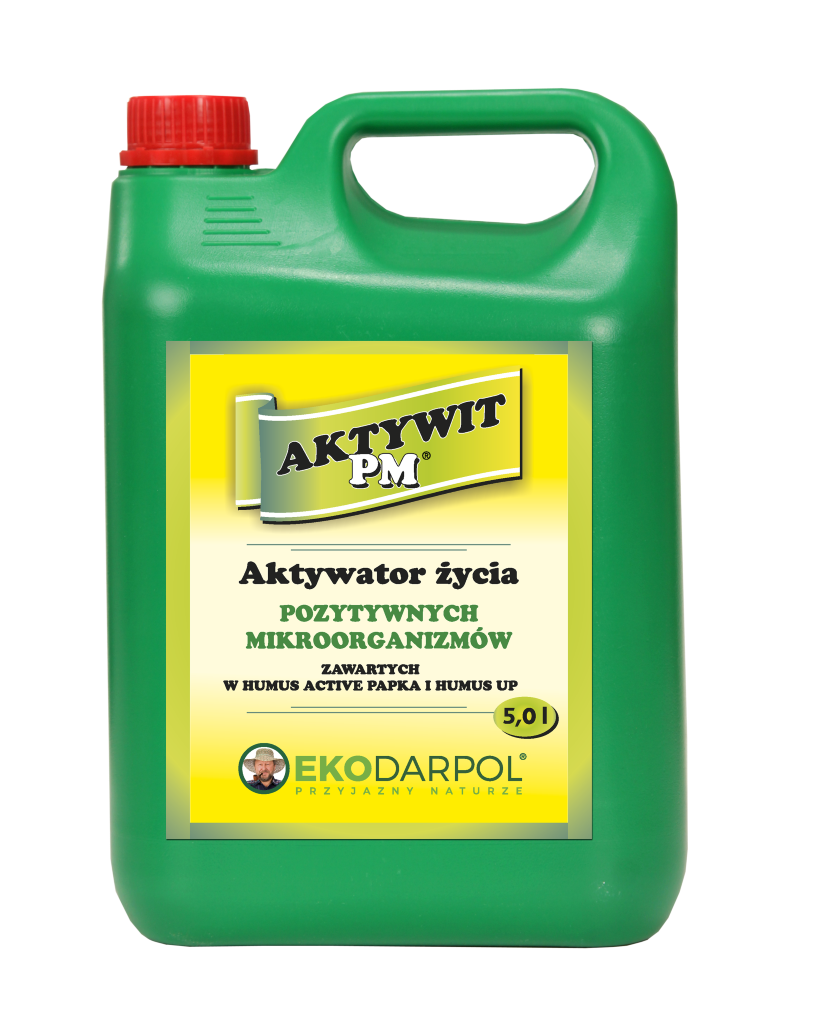 Life activator for PMs (POSITIVE MICROORGANISMS) AKTYWIT PM is a product based on molasses and compounds that accelerate nutrient absorption by the plant and facilitate water access to the smallest colloidal spaces. It is intended for use with HUMUS ACTIVE and HUMUS UP to significantly accelerate the increase in the populations of PMs (POSITIVE MICROORGANISMS) contained in them. In nature, we distinguish microorganisms striving to create and sustain life, microorganisms acting destructively by causing disintegration, disease and death, and the largest group of seemingly inactive microorganisms that support and adapt to either side depending on which of the first two groups dominates.

Store at a temperature not lower than 5°C and not higher than 30°C. Do not combine with plant protection products, mineral fertilizers and other products of chemical synthesis.